Thanks to a group of Port Orange, Florida triathletes, three children from inner-city Chicago will compete in the inaugural CHALLENGEDAYTONA Triathlon. The youth athletes, along with their family members, will enjoy an all-expenses paid trip to Daytona Beach, courtesy of the Pain Train.

The Pain Train is a group of 10+ Port Orange, Florida triathlete friends who train, travel, and race together. Some compete for age group podiums at every event, while others are simply in search of the finish line and personal reward. Though Florida-based, Chicago is the Pain Train’s home away from home; they’ve raced the Chicago Triathlon’s Triple Challenge each of the last six years. Earlier this year, they saw an article in USA Triathlon Magazine highlighting swim coach Bernard Lyles and his 25-year campaign to involve Chicago’s African American and Latino youth in triathlon.

“We thought it would be great to support Bernard’s efforts and give back in a unique way by providing some of his athletes a chance to race on our home turf at CHALLENGEDAYTONA,” says Pain Train’s Brendan Galbreath.

The group created a challenge for the young athletes. To be eligible for the trip, the kids had to attend 80 percent of Lyles’ Tri Masters summer program, write an essay titled “Why Bernard Lyles is Important to Me and My Community,” get a positive recommendation from their coach, and complete the Chicago Kids’ Triathlon in August. From the qualified group, the Pain Train selected two boys and one girl: Theodore Morrison, age 11; Erick Smith, age 12; and Netert Johnson, age 13.

Working on the principle that generosity changes everything, the Pain Train is funding the kids’ triathlon adventure out of their own pockets. They’ll transport the kids, their families, and their bikes to Florida and host them in an oceanfront home for the race weekend. Lyles will also travel to Daytona to support his athletes and to participate in the race. During the course of theCHALLENGEDAYTONA festival event, the kids will have an opportunity to meet with the world-class professional athletes assembled to compete in the race.

About CHALLENGEDAYTONA
Are you ready to swim, bike, and run at the “World Center of Racing”? From December 7th-9th, 2018, Daytona International Speedway will welcome triathletes and triathlon fans from around the world to CHALLENGEDAYTONA. The entire festival of events will take place at the approximately 500-acre motorsports complex, home of “The Great American Race”—the DAYTONA 500.www.challenge-daytona.com 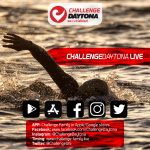 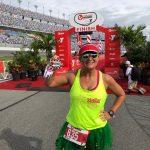